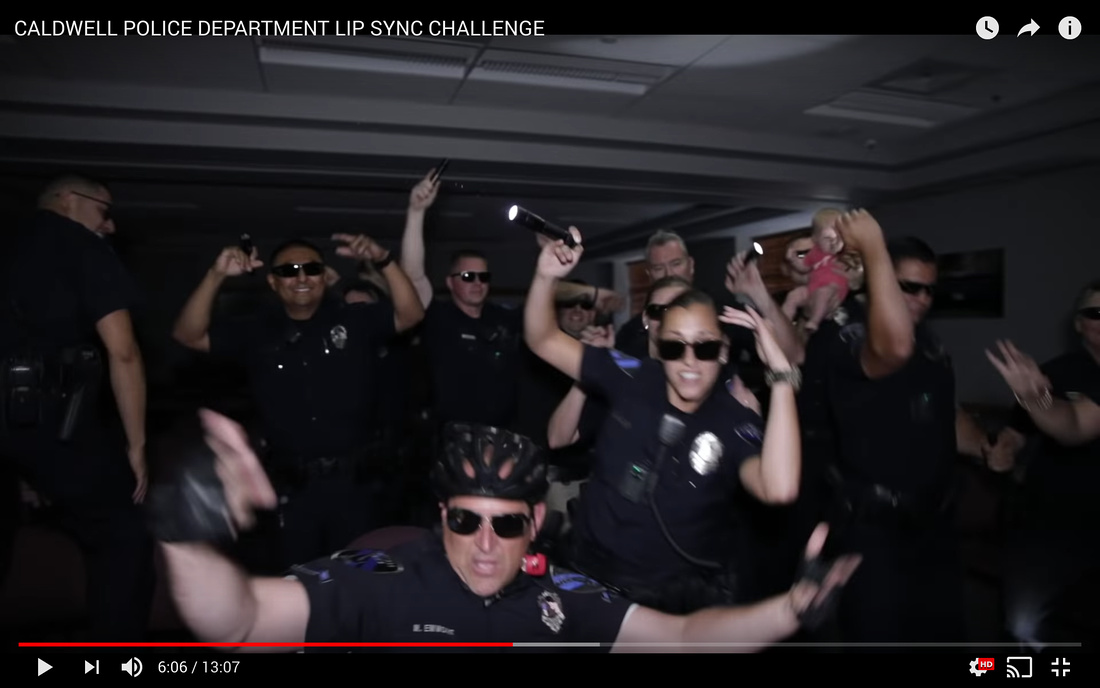 I was sitting in my bedroom on Saturday, July 14th when I received a call from my friend Justin Rickelman from 2 See Productions. He told me that there was a videography job that he wasn't able to fit in his schedule and that it should be a fairly neat gig to do. I asked what it was and he explained it was to film the lip sync battle video for the Caldwell Idaho Police Department. I knew that there was a massive viral battle going on in the virtual world with police departments from all over the country making videos and having fun. I also knew that several of the videos had been shared and seen by millions of people. I thought for a moment that they would want it filmed and edited fairly fast. Before I knew it I told him I'd take the job and I waited for a call from Lt. Hoadley.

A few hours later I answered the phone and spoke with the Lieutenant for a bit before deciding to meet with him the next day, on Sunday, to finalize some details. Sunday came and as I found myself listening to the ideas of the crew that had gathered for the meeting in the Chief's office I realized that this was going to be a bit bigger of a project than I originally planned for. I had a moment of panic but it quickly subsided. This project might be hard and on an extremely tight deadline, but it was going to be a growing experience and a fun one at that. So we made a game plan and decided it was vital that I film the following day on Monday and on Tuesday.

My twin sister volunteered to be my assistant for the shoot and I am so grateful! When we arrived at the police station at 4:30pm on Monday I started to feel myself slip into that familiar mindset. The kind that sends me into a super focused mode and leaves me dazed once I finish. We laughed, I yelled (directions), and fun was had all around those two days. Now it was time to edit. I only had less than 24 hours to put it all together. It was around midnight on Wednesday that I found myself smiling and rubbing my tired eyes. I had completed the majority. I only had a small part to film Thursday morning at the station and city hall and I would be done.

Later that afternoon I told the Lieutenant that the video was ready to be downloaded. I still smile at his response of, "Get ready!". I had no idea how fast it would be shared. News stations had gotten a hold of it. Messages from across the world were being sent to the CPD. It was crazy! I'm so glad I had this chance of a lifetime to be a part of not only something fun and creative but something that has brought the community of Caldwell together.